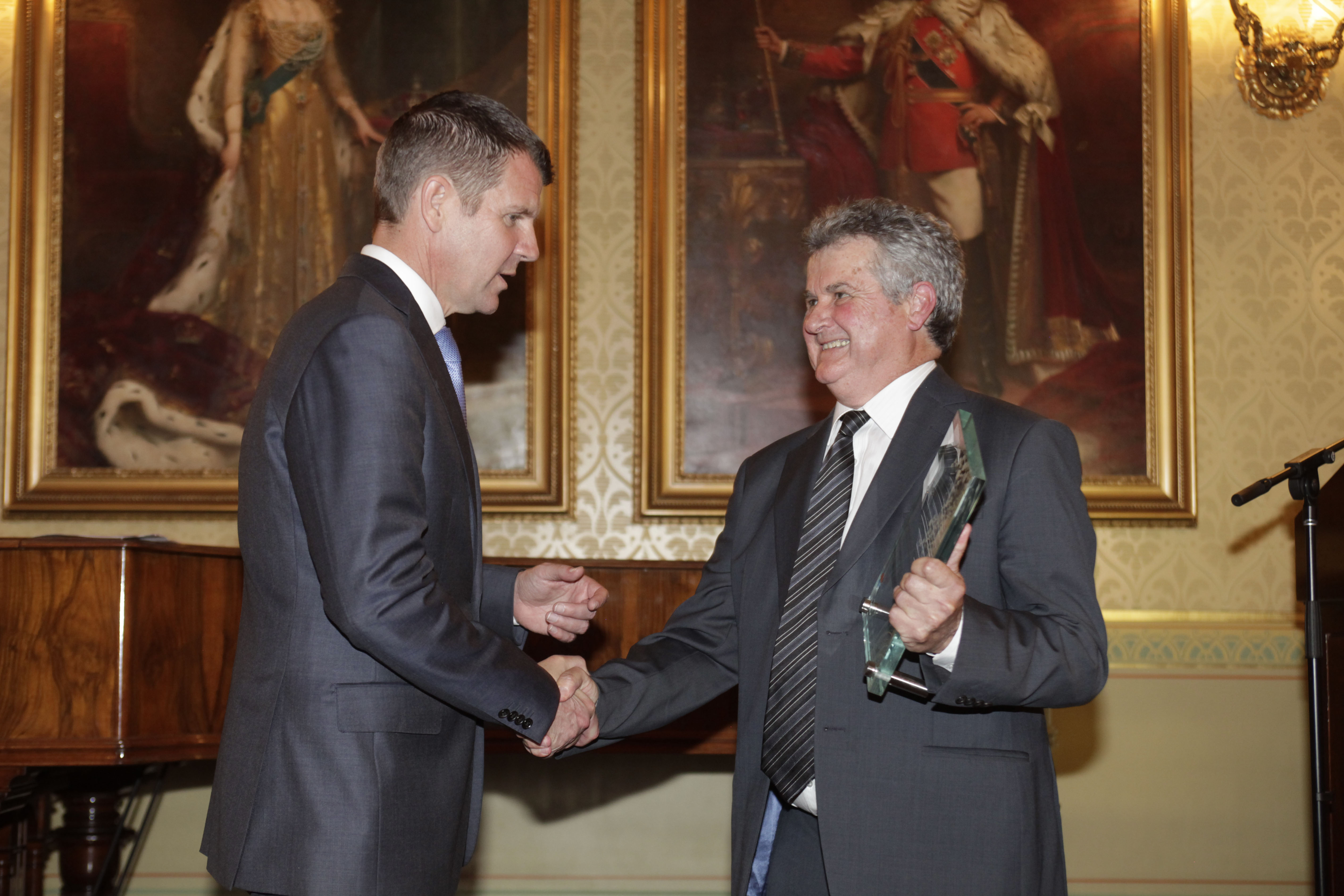 Professor Sloan, pictured above accepting the 2015 NSW Scientist of the Year award from then-Premier Mike Baird, was an internationally renowned expert in soil stability analysis who pioneered new methods to predict the collapse states of geostructures. He led the ARC Centre of Excellence for Geotechnical Science & Engineering at the University of Newcastle.

In addition to his research work, Professor Sloan provided expert advice to governments – in NSW, nationally and internationally – on a range of geotechnical and other issues. He was most recently in the news with colleague Dr Brett Turner for research into the use of the hemp plant and hemp seed proteins to treat water and soil contaminated with per- and poly- fluoroalkyl substances (PFAS).

“I am shocked and saddened by this news. Scott was a warm and generous colleague, and his scientific rigour was unsurpassed,” said Professor Hugh Durrant-Whyte, the NSW Chief Scientist & Engineer.

In recognition of his outstanding contribution to civil engineering, he was named Scientist of the Year at the 2015 NSW Premier’s Prizes for Science & Engineering.

In 2018 Professor Sloan was appointed an Officer (AO) in the General Division of the Order of Australia for “distinguished service to education, particularly in the field of geotechnical engineering, as an academic and researcher, to professional associations, and as a mentor of young engineers".

The Office of the NSW Chief Scientist & Engineer extends its sympathies to Professor Sloan’s family, friends and colleagues.